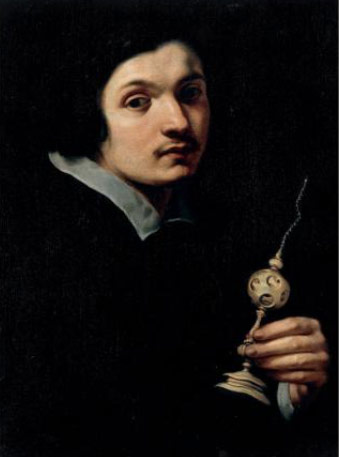 A Portrait of collector Manfredo Settala with a hollow sphere, ca. 1625. Oil on canvas attributed to Daniele Crespi (1598-1630).

Objects of ornamental turning were originally created by nobility and their highly accomplished court appointed turners as novelty items. While most were held in the collection of the court, some made their way into the hands of a few wealthy individuals. Their collections were mostly objects of natural history but also included items considered to be made with exceptional skill, such as paintings and ornamental turning.

These were often displayed in so-called wonder rooms or cabinets of curiosities, providing the first opportunity for ornamental turning to be viewed publicly by friends, professional scholars and other artists. 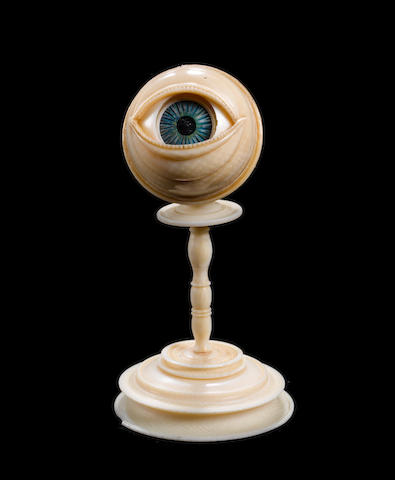 Early museums were often founded on such collections. "Musaeum Tradescantianum" was the first museum established in England open to the public, around 1634. It was based on the collection of John Tradescant the elder (circa 1570s–1638) and known to contain turned ivories. One of the most extensive early collections of OT equipment was the eight room suite of Bonnier de la Mosson in Paris.

The first publicly owned museum in Europe was the Amerbach-Cabinet (now Kunstmuseum Basel) in Switzerland, which was originally a private collection sold to the city in 1661 and open to the public since 1671. Another early public museum founded on a private collection was The British Museum in London, which was opened to the public in 1759. The Conservatoire des Arts et Metiers in Paris was founded by Abbe Gregoire in 1794. It contained King Louis XVI's tools and lathes, some of which were made by Jacques de Vaucanson.