Turners of the Early Modern Period in the Venetian Republic 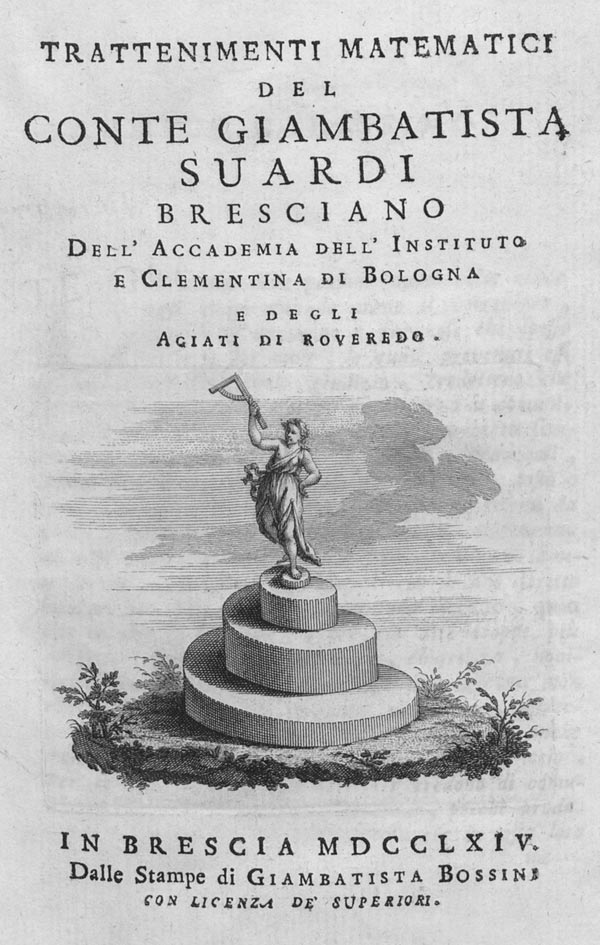 Count Giovanni Battista (also known as Giambatista) Suardi lived in Brescia, east of Milan. He studied at Padua University and became a well known mathematician and inventor of several instruments for generating a variety of geometric curves. The best known is his Geometric Pen which is described in his book, Nuovi istromenti per la descrizione di diverse curve antiche e moderne, etc. published in 1752. It contains 283 pages and 34 folding plates.

According to Ogden's The Art of Turning & Lathe and Machine Tool History, "The wheels provided with this pen made it possible to produce 1273 different figures, but only 20 are shown in the book. George Adams (1750-1795) made and sold a modified version of this instrument, and W.F. Stanley (1829-1909) made some improvements to the pen which greatly increased the variety of figures which it could produce." Adams and Stanley geometric pens can be seen in the Science Museum, South Kensington, London. 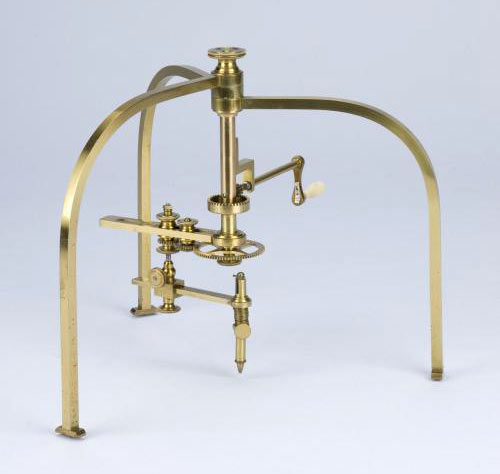 The Geometric Pen utilizes a vertical axle with a revolving arm, which pivots at the center of a tripod support. The revolving arm carries a second pivoting arm fitted with a writing tip. With a series of gears, the rotation of the two arms generates complex cycloidal curves. 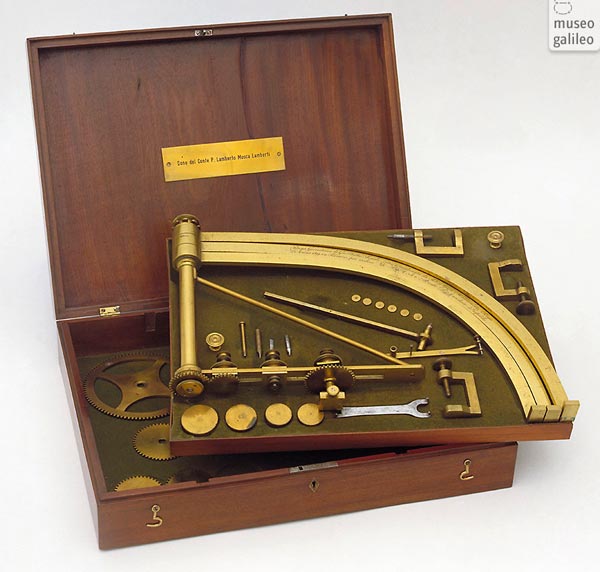 The importance of Saudi's work is made clear by the fact that it seems all subsequent devices for generating geometric curves are based on his research and inventions. One example is John Holt Ibbetson who himself said the idea and name for his Geometric Chuck invention (circa 1815) came directly from the Geometric Pen of Suardi.