About OT in the Information Age

The lathe, no longer associated with mechanized factory production, became a creative tool for the hobbyists and studio turner. Contemporary pioneers of "plain turning" such as Prestini, Stocksdale, Lindquist and Osolnik inspired a new generation of woodturners which emerged in the 1970s. In 1976, the first woodturning conference in the U.S. was held. That same year, Fine Woodworking published an article featuring Frank Knox which introduced ornamental turning to the entire woodworking community. Perhaps it was no coincidence that reprints of Holtzapffel's books also became available in 1976.

Ornamental Turners International formed in 1995, and provided a network for ornamental turning in the U.S. which steadily grew to several hundred members. The Society of Ornamental Turners in England continued to grow with over 350 members worldwide.

The World Wide Web (as the Internet was known) came online in the mid-1990s with somewhat slow adoption by a relatively older ornamental turning populace. As internet speeds increased and the benefits became increasingly clear, the shift to discussing and sharing every aspect of ornamental turning online began to rapidly spread. 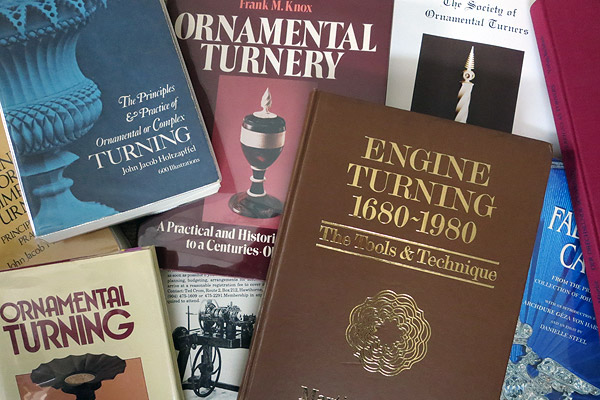