Turners of the Early Modern Period in Tuscany 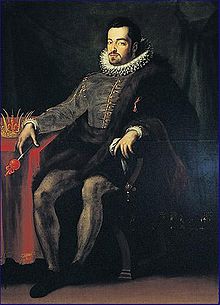 Portait of Ferdinando I, Grand Duke of Tuscany

When Ferdinando's brother Francesco I de' Medici (Grand Duke of Tuscany) died in 1587, Ferdinando succeeded him at the age of 38. The Medici were great patrons of science and the arts and Ferdinando is known to have acquired many works. The famous turner Giovanni Ambrogio Maggiore worked for the Medici court in Florence in 1597-98, right in the middle of Ferdinando's reign of 1587 to 1609. Another great cultural achievement in Florence during Ferdinando's reign was the introduction of opera to Europe.

Italian turner of ivory and wood. He or his brother, Dionigi Maggiore, with whom he worked for a while, succeeded in making a rotary lathe that was capable of producing not only the usual round turnings but also oblique forms. Little is known of the early stages of this invention; possibly the brothers based it on a project (now untraced) by Leonardo da Vinci. In 1573 a Milanese art dealer, Prospero Visconti, brought Maggiore to the attention of Crown Prince William, later William V, Duke of Bavaria (reg. 1579-98), as an 'insignis faber' (noted craftsman) who knew how to turn oval frames. The Prince, who was interested in the discovery, brought Maggiore to Bavaria to work and to teach the new technique.

In Munich, Maggiore passed on the technique to his pupils, and as early as 1576 Georg Wecker (active 1575-1610), son of the court turner Hans Wecker (d. 1577), took a new lathe and the new techniques to Saxony, leading to the development of the Dresden school of ivory turning. As a result of Prince William's unstable financial position, however, Maggiore received only temporary appointments, at the princely residence at Landshut and later in Munich. On New Year's Day 1575 Prince William presented his sister in Graz with one of the first examples of artistic turning; a small oval ivory box (Munich, Bayerisches Nationalmuseum) with portraits in tapestry of two of the Prince's children, it is dated 1576. In 1579 William was godfather to one of Maggiore's children.

In 1582 William sent to the Medici in Florence a Kontrafetkugel (a turned series of nested ivory balls or other items, similar to 'Chinese balls') by Maggiore (Florence, Pitti), which was set up in the Tribuna of the Uffizi. In 1585 Philip II of Spain acquired a similar piece (untraced). A stacking box ascribed to Maggiore, painted by Joris Hoefnagel and dated 1586 (Vienna, Kunsthistorisches Museum), survives, as does a similar piece (Stockholm, Kungliga Husgeradskammer), undated but certainly made before 1590, when the miniaturist left the court in Munich.

Little is known of the later life of Maggiore. From Milan, he thanked William for a gift in 1593, and in 1595 Paolo Morigi praised him as a successful Milanese artist. In 1597 Grand Duke Ferdinand I de' Medici recommended Maggiore, 'il sordo delli ovati', to Rome, where he was still working on commissions for the Medici court in Florence by 1 February 1598. 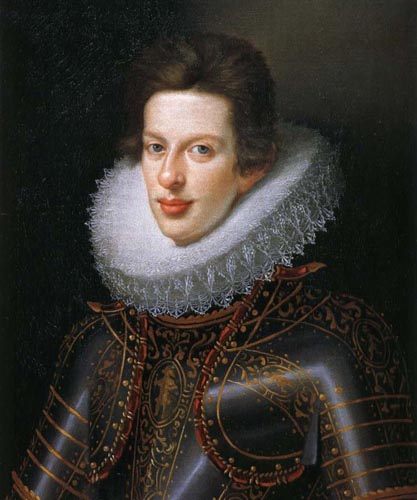 Son of Ferdinand I, Cosimo II received a modern education, including Galileo Galilei as his personal tutor from 1605 to 1608. After becoming Grand Duke of Tuscany in 1609, he did little governing due to poor health. Instead, he became a great patron of science and letters. In 1610, he named Galileo court mathematician who flourished as a philosopher, mathematician and astronomer at the Florence court.

Cosimo presumably furthered the tradition of turning at the court because both his father Fedinand I and his son Ferdinand II were known to be turners. 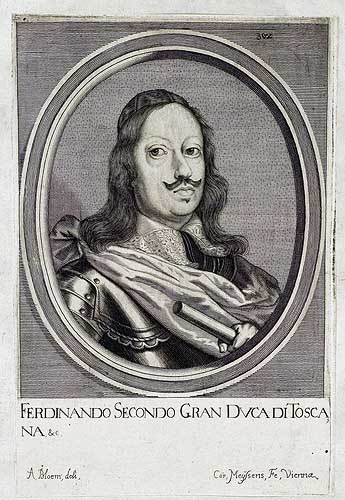 Ferdinand II was the eldest son of Cosimo II but was only ten years old when his father died. His personal rule began at age 18 and lasted from 1621 until 1670. Ferdinand was also a patron and friend of Galileo, but was unable to protect him from the Roman Inquisition that convicted the astronomer for "vehement suspicion of heresy" in 1633. An earlier calamity of Ferdinando’s reign was an outbreak of the plague that swept through Florence in 1630 and took 10% of the population with it.

Ferdinando was obsessed with new technology and had several hygrometers, barometers, thermometers and telescopes installed in the Palazzo Pitti. In 1654, influenced by Galileo, he is reported to have invented the sealed-glass thermometer. In 1657, Leopoldo de' Medici, the grand duke’s youngest brother, established the Accademia del Cimento. It was set up to attract scientists from all over Tuscany to Florence for mutual study. 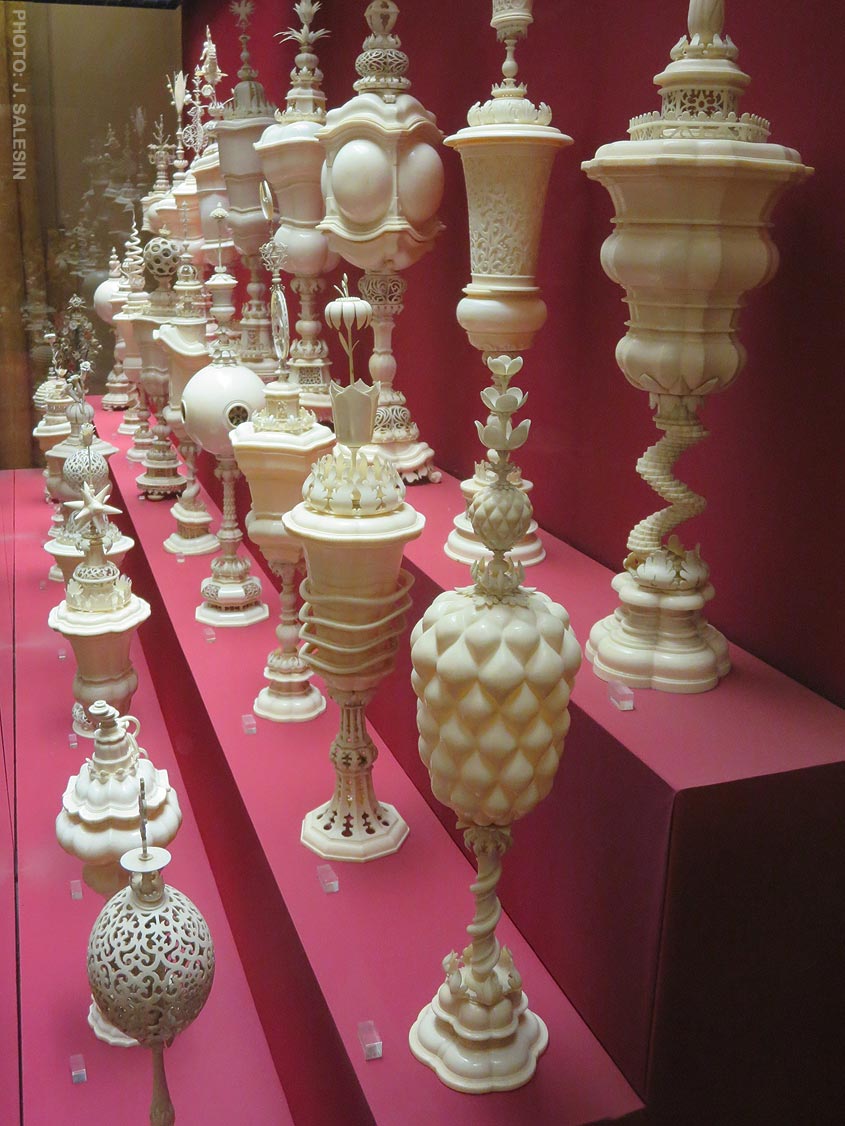 Ferdinand employed the Treffler brothers for the mechanical arts in his court. Ferdinand's brother, Mattia de' Medici (1613-1667), took the 32 "Coburg Ivories" spoils of war from the sacked city of Coburg in 1632. Only 27 of these pieces entered the collection of Ferdinando, as five went missing. (Those five may be among the following similar known pieces: three at the Kunstkammer in Vienna, a few at Grünes Gewölbe in Dresden, one at the Getty Museum in Los Angeles (by Heiden), and another at the Weimar Castle Museum in Germany.)

Johann was originally from Augsburg (Germany) and came from a family of craftsmen. His father was a turner who trained his two children, Johann Christoph and Johann Philipp, as apprentices. At the end of the Thirty Years' War and following the relative economic crisis, his father decided to move to Wolfenbüttel. Johann did not finish his apprenticeship with his father and instead moved to Florence in 1650.

In Florence, he worked as a turner, watchmaker and optician, and also worked for Galileo. He was named clockmaker of Grand Duke Ferdinand II in 1656 and remained there until 1664. His brother Christoph also worked as clockmaker at the court. Johann Philipp Treffler built a very early pendulum clock in 1657 (at about the same time as the one built and patented by Christiaan Huygens), now in the collection at Museo Galileo in Florence.

Christoph was originally from Augsburg (Germany) and came from a family of craftsmen. His father was a turner who trained his two children, Johann Christoph and Johann Philipp, as apprentices. At the end of the Thirty Years' War, his father decided to move to Wolfenbüttel and by 1650 his brother had moved to Florence. At some point, Christoph followed and worked with his brother as clockmaker for the Grand Duke Ferdinand II.

Christoph trained the Florentine Jacopo Mariani to turn at the lathe. He is also known to have made a rose engine for Cosimo III. 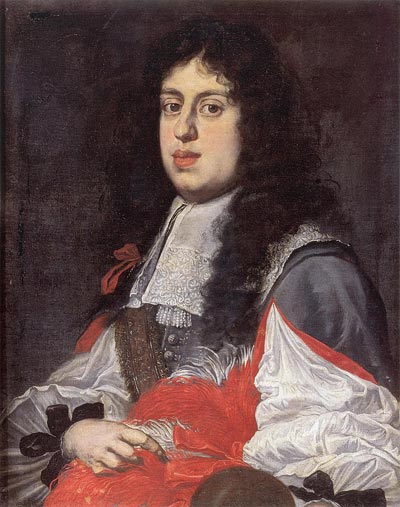 Cosimo was the eldest son of Grand Duke Ferdinando II. Cosimo's 53-year-long reign, from 1670 to 1723, was the longest in Tuscan history.

Cosimo III is known to have commissioned a rose engine made by Christoph Treffler. 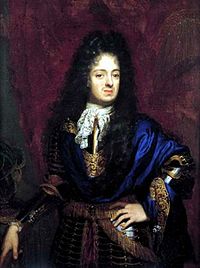 Portrait of Gran Principe Ferdinando, by Niccolò Cassani, 1687.
Gran Principe Ferdinando was the eldest son of Grand Duke Cosimo III. As early as age 15, he enjoyed ornamental turning. An ornate ivory box with lid, made under the tutelage of Philip Senger, can be seen at the Museo degli Argenti, Florence. It is signed and dated 1678, confirming the Prince's early proficiency in this hobby.

Another cup and cover masterpiece (shown in the photo) was made in 1681 when he was just eighteen. It was also created under the guidance of Senger and thought to have been made on a lathe that Sengher constructed for Ferdinando in 1679. 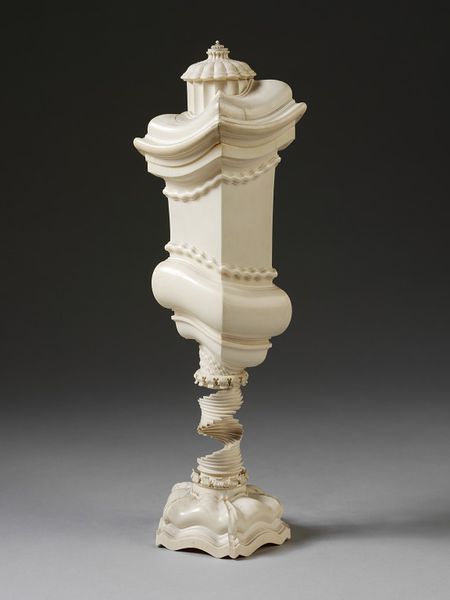 Ferdinando was also an accomplished musician and is remembered today primarily as a great patron of the arts. In 1688, he began supporting Bartolomeo Cristofori, a harpsichord builder from Padua, that ultimately led to the invention of the piano. 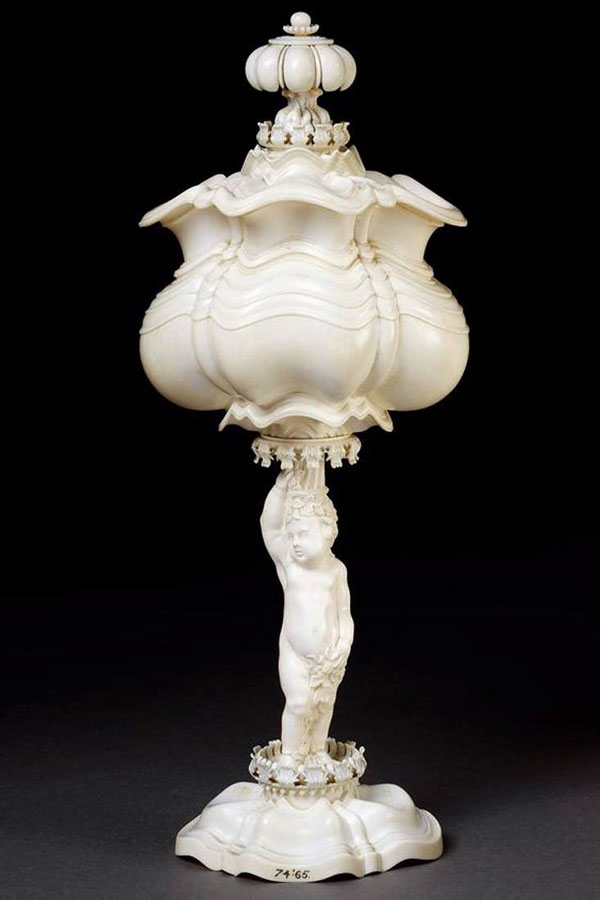 Sengher was called from Copenhagen to Florence to be the court turner for Grand Duke Cosimo III where he instructed the Duke's two sons Ferdinand and Giovanni Gasone as turners. Senger worked at the court form 1675 to 1704.

Turned ivory objects he created by Sengher are on display at Museo degli Argenti in Palazzo Pitti, as well as other museums, such as the Rosenborg Castle and the Museum of Arts and Crafts in Frankfurt. 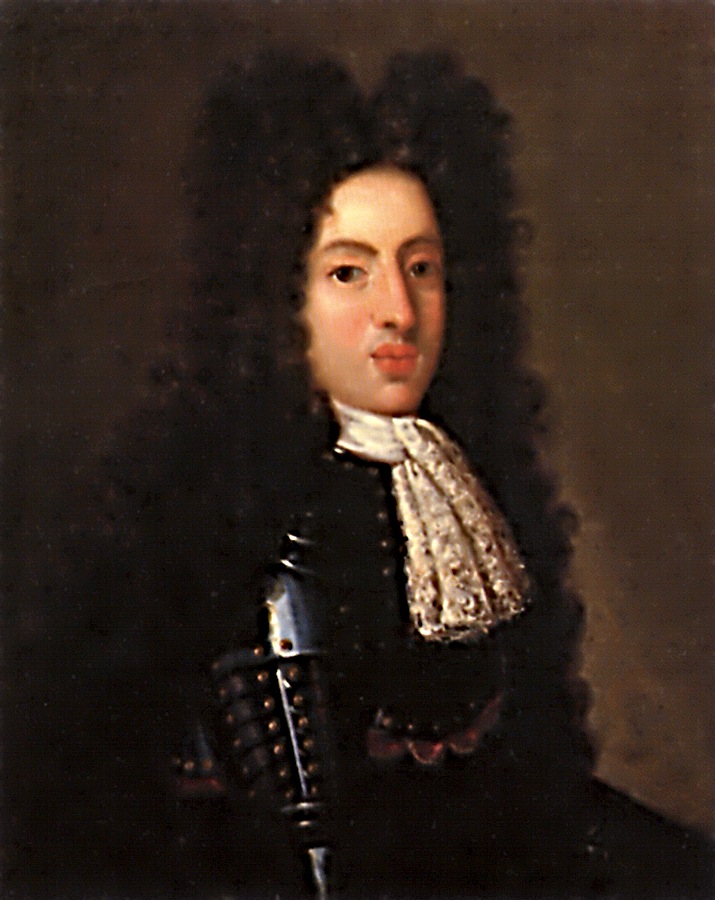 Portrait of Gian Gastone as a young man after Niccolò Cassana, 1690

Gian Gastone de' Medici was the seventh and last Medicean Grand Duke of Tuscany. He was the second son of Grand Duke Cosimo III and learned the art of turning from Gian Gastone.