About OT in the Victorian Era

In earlier times, turning had always been focused on designing and forming new, one-of-a-kind objects. In the mid-19th century, the Industrial Revolution and the advent of a production-style approach ended the princely enthusiasm for the machine. At the same time, Romanticism brought new ideas that broke the rigid social and governmental framework. Now, the machine as a model for authoritarian order no longer made sense. The entrepreneurs, engineers and factory workers of the Industrial Revolution redefined machines with an entirely different set of goals.

During the Victorian Era, the high cost of ornamental turning equipment mainly restricted its use to wealthy scientific amateurs. Many of the very best amateur turners were professors and clergy. (In fact, ecclesiastics who did not adopt a trade or supplemental activity were accounted unworthy members of the church.)

Below are profiles of various turners -- amateur and professional -- along with an accounting of the better-known manufacturers of ornamental turning equipment during this time. (Note: The Bavarian lineage presented in the Early Modern Period also continued into the Victorian Era, and has been left intact in that section rather than repeating the details again here.) 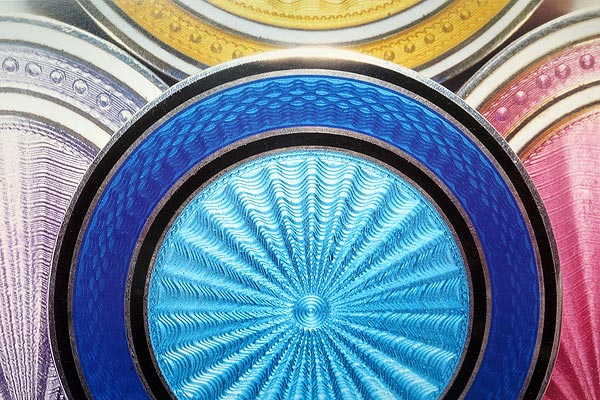 Guilloché boxes combine the aesthetics of the Victorian Era with the abilities of the machine age.