About OT in the Machine Age

The mass production of the Machine Age resulted in a large number of manufactured objects and a willing public to buy them, with the automobile being the one most sought after. In fact, the makers of Holtzapffel lathes soon found that many of their customers would rather "buy a car to cross the road than turn at their lathes." At the turn of the century, tinkering with electrically powered or motorized tools became the popular hobby of the mechanically inclined. By the 1920s, lathes became increasingly linked to metalworking and milling and less identified with fine arts and fanciful crafts.

Interest in ornamental turning was further disrupted by the pressing issues of World War I, the Great Depression, and World War II. However, the spread of home workshops and hobbyist woodworkers during the first half of the century along with electric power and widespread availability of materials encouraged non-professionals to try their hand at turning, particularly the making of treenware. After World War II, a sudden increase of leisure time and a do-it-yourself trend also provided a context for turning. During this time, traditional ornamental turning was kept alive by a few individuals who enjoyed collecting and using the superb tools of Holtzapffel and other makers.

In 1948, a small group of enthusiasts formed the Society of Ornamental Turners in England. Before this, it was uncommon for an ornamental turner to meet someone with the same hobby. Through their Bulletin and regular meetings they created the first community of its kind, and became a catalyst for the revival of ornamental turning. 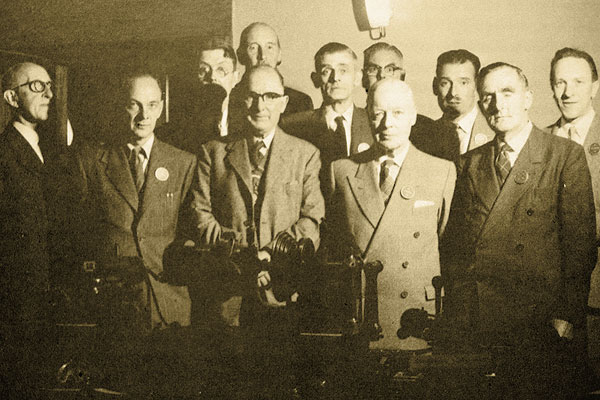 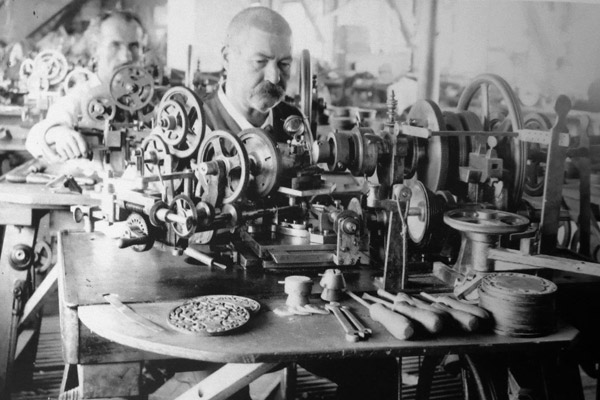