Turners of the Early Modern Period in Prussia 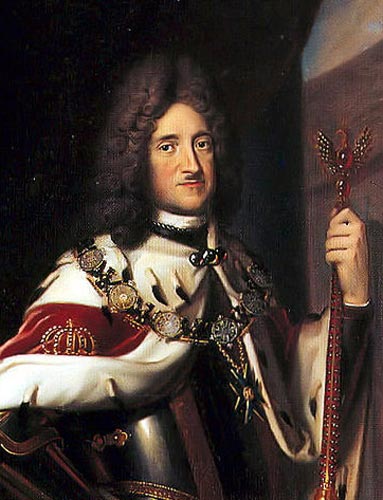 Portrait of Frederick I of Prussia

Upon the death of his father in 1688, Frederick became Elector Frederick III of Brandenburg and Duke of Prussia. The latter function was later upgraded to royalty, becoming the first King in Prussia from 1701 until his death in 1713. (Prussia encompassed what is now Poland, Lithuania, and Russia.)

An ivory objet d'art turned by Friedrich I around 1710 survives in a private collection. 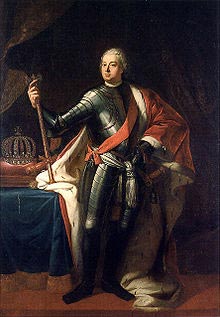 Portrait of Frederick William I by Samuel Gericke, 1713

Frederick William I inherited the throne in 1713 and was King in Prussia and Elector of Brandenburg, as well as Prince of Neuchâtel, until his death in 1740. He was succeeded by his son, Frederick the Great.

Andrei Nartov, the personal craftsman of Peter I of Russia, travelled to the courts of England, France and Holland in 1718, where he shared his knowledge and learned from their scientific, mechanical and hydraulic discoveries. In 1719, on his way back to Russia, he taught lathe-working to the Prussian King Friedrich Wilhelm I. 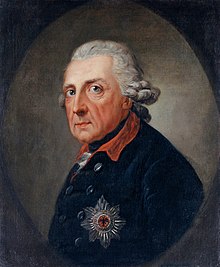 Portrait of Frederick the Great by Anton Graff, 1781

Frederick II ruled the Kingdom of Prussia from 1740 until 1786, the longest reign of any Hohenzollern king, at 46 years. His most significant accomplishments during his reign included his military victories and growth of the Prussian army, his patronage of the arts and the Enlightenment, and his final success against great odds in the Seven Years' War.

Frederick considered his court far more cultured than his predecessors. He supported the artists and philosophers he favored and allowed complete freedom of the press and literature. He collected paintings and ancient sculptures and was a great patron of music as well. Frederick was also a gifted musician who composed more than 100 sonatas for flute as well as four symphonies. While his father learned to turn at the lathe, it is not known if Frederick II did the same but it is likely his father's lathes remained available for his use.