Howard Alan Denholm Fraser, C. B., grew up in Devon, England. It is said that an earlier ancestor, the artist Sir Henry Raeburn (1756-1823) bequeathed the artistic sense that the Colonel possessed. Initially, he joined the Royal Engineers and spent most of his Service in India. Eventually, in the early 1920’s, Fraser retired to Hampshire, on the south coast of England, where he setup a workshop. 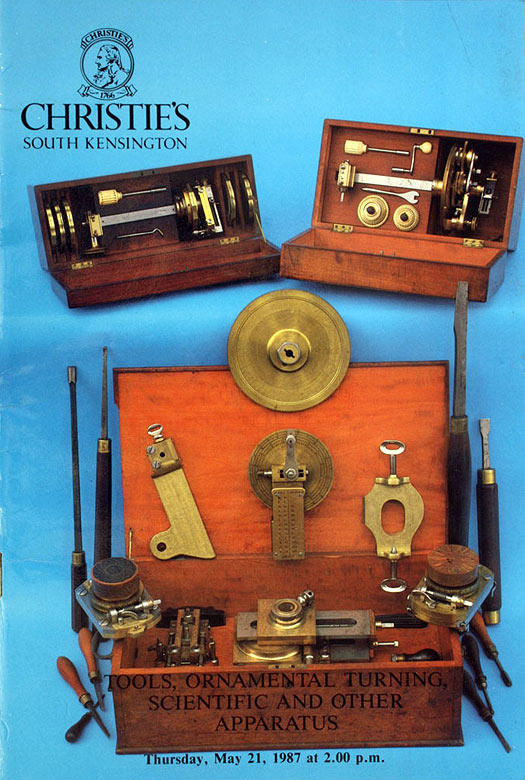 Fraser did not own one of the classic "best makes" of lathe, but rather an iron framed machine probably by the Gothic Works. However, quite a bit of the apparatus used with it was made by Holtzapffel, Evans, and the London Lathe & Tool Company. The equipment was fairly comprehensive and included an elliptical, eccentric, dome, and rectilinear chucks, a number of cutting frames, spiral apparatus with Atkinson’s Reciprocator, and so on. He seems never to have used ivory as every piece he made was in wood.

During the 1920s and 1930s, he was often recognized for his excellent turning abilities at the Exhibitions in the Worshipful Company of Turners, winning the silver medal several times, as well as the gold and some bronzes. A number of pictures of his work exist, some of which are shown in the Society of Ornamental Turners Bulletin #87.

His son Donald Stuart Denholm inherited the lathe and the colonel’s grand-daughter June Fraser carries on the family artistic tradition in design. The colonel's turning outfit appeared in Christies' sale room at the May 21st 1987 auction.