Arthur Lonsdale Hetherington was born and raised in London and attended Trinity College in Cambridge. After schooling he worked in the newly formed Department of Scientific and Industrial Research. Near the end of World War I he became interested in Chinese porcelain, which he collected and studied. In 1922, he wrote the book Early Ceramic Wares of China, which had several reprintings and was often referenced for its information on early kilns and glazes. Through this notoriety he was asked for advice on the cleaning and polishing of porcelain items and undertook some of this work for which he created a motorized technique.

Shortly after this, he purchased a very fine Evans ornamental turning outfit, including an epicycloidal cutting frame, and began to practice with it. In 1924, he made a model of an occasional table set with glasses and a decanter for the Queen’s Dolls House exhibited at the Empire Exhibition at Wembley, which can now to be seen at Windsor Castle. 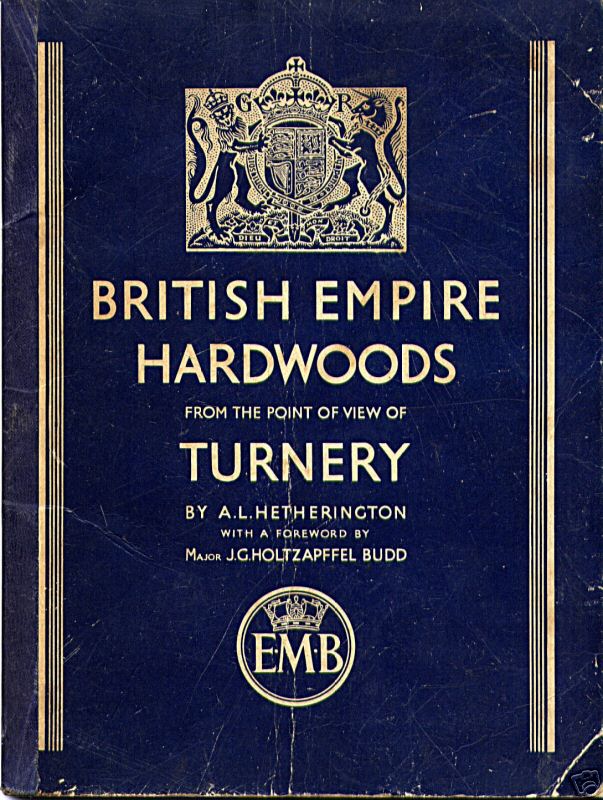 In his search for some fine woods for use on the lathe, he met Maj. J. G. Holtzapffel Budd, who also introduced him to Norman Tweddle and Lady Gertrude Crawford. This was about 1928, and he accepted the task from Budd of creating dozens of boxes with lids decorated on the Evans in order to show the suitability of a given wood for machine cutting. The whole project was fully reported in a paperback book entitled British Empire Hardwoods from the point of view of Turnery, published in 1931. He also became involved was experiments in turning various plastics, then a comparatively new material. He entered into these experiments with Lady Gertrude Crawford and the results of their work were quite successful.

Hetherington won the silver medal of the Turner’s Company in 1934, followed by the gold medal of the Society of Arts in 1935. He was elected Master in 1940. With the coming of World War II, his necessary travels resulted in having to put his workshop in storage and he never turned again. In 1949, he gave the lathe to his son who had little interest in turning. After his father's death in 1960, it was sold to a Society of Ornamental Turners member and later resold through Christies auction house. Many of Hetherington's turnings survive, as well as photos of them in the Society of Ornamental Turners Bulletin #89.