George Plant's son Richmond was a highly skilled craftsman who continued the firm after his father's passing. By the end of the first World War, he was in his 70s and started working with an apprentice, L.S. Heynes. Others joined the firm and they began to specialize in high quality Engine Turning machines and related accessories for the thriving jewellery makers of Birmingham. 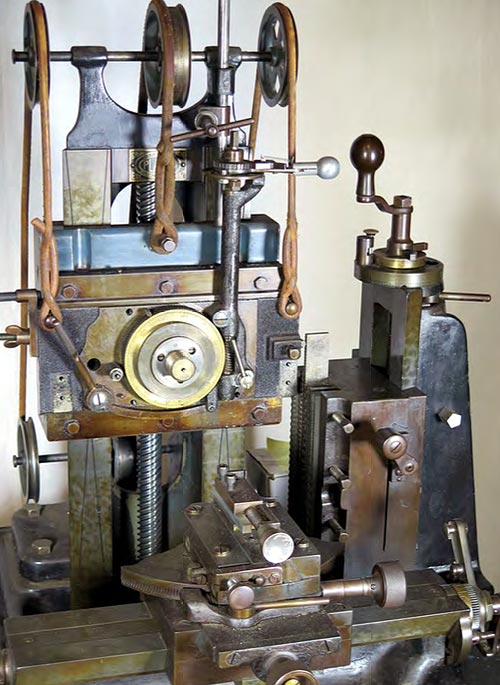 They developed an Independent Straight Line Machine that utilized hardened steel pattern bars (instead of a circular rosette) enabling a wider range of decorative patterns that could be achieved and more quickly too. Plant then designed an improved rotary machine that could also produce work more quickly.

By the 1930s, they had a workforce of about fourteen. With the onset of WWII, trade declined and the skilled craftsmen of Plant's firm were engaged by the government for the war effort. After the War ended, there was a revival of interest in Engine Turning and Plant's machines were further improved to a very high standard and many were sold throughout the world. The firm produced other items for the government and hospital industry (not related to turning) but this gradually declined in lockstep with the end of the Machine Age.

Additional details about the Plant Firm can be found in Engine Turning 1680-1980, by Martin Matthews.