William Gaddum was a successful Manchester-based silk merchant whose wealth enabled him to purchase a large area of farmland in Windermere where he built the estate named Brockhole. By 1899 William and his wife Edith Potter (cousin of Beatrix Potter) moved in with their two children where they lived for more than 40 years. (The famous author Beatrix Potter was a frequent visitor to the house as noted in her journals.) Since 1969 Brockhole became the visitor center for the Lake Districk National Park. 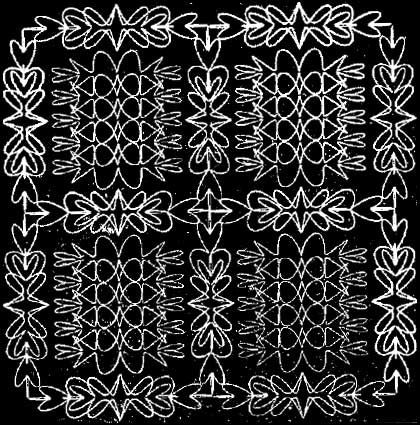 Gaddum purchased Holtzapffel lathe No. 2410 in February, 1907. Working with one of the finest lathes made by Holtzapffel, William became an accomplished ornamental turner. He is known to have produced a large number of boxes, broaches, buttons, and other OT items, many for sale at local craft markets of the time. 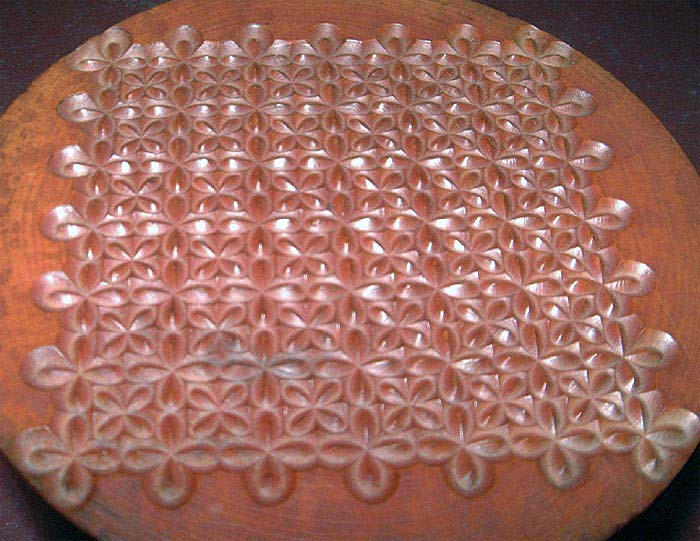 Gaddum made a comprehensive study of fine line patterns using various OT apparatus, including the ellipse and epicycloidal cutting frames, rose chuck, geometric chuck, and geometric sliderest. More than 120 patterns created by Gaddum are reproduced in Part 4 of John Edwards' Holtzapffel Volume VI publication. Gaddum's designs clearly mark a transition from Victorian aesthetics to a more contemporary style. One of his signature patterns utilized an elliptical cutting frame to produce numerous 4-loop figures nested within each other, precisely filling an entire square space.