Lady Gertrude Eleanor Molyneux was the daughter of the 4th Earl of Sefton, William Philip Molyneux ( (1835-1897). Born to the wealth and privilege of aristocracy in the Victorian era, she had every opportunity for development at Liverpool's Croxteth Hall where she was raised. 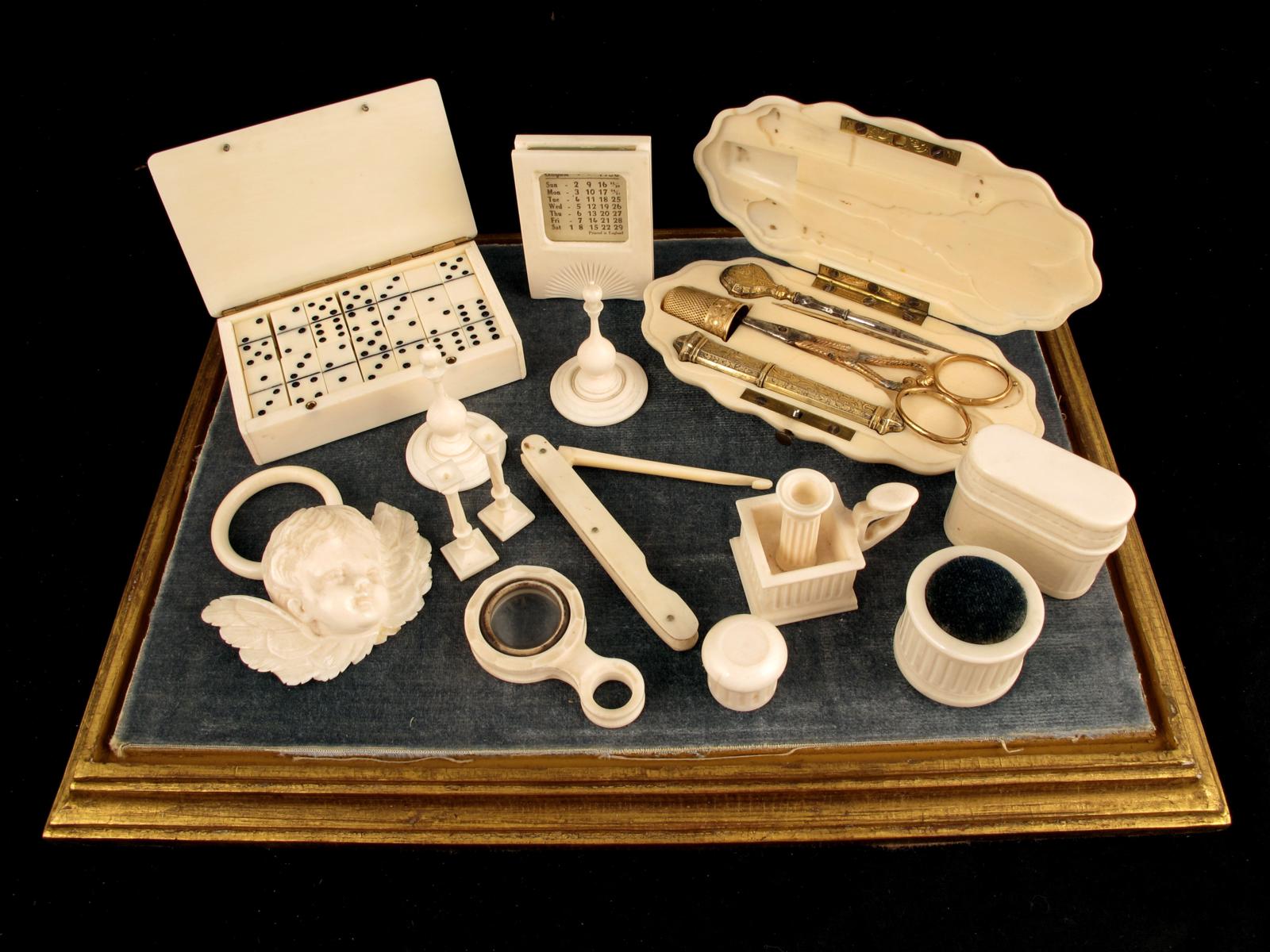 Her father and grandfather both practiced ornamental turning and the lathe room is said to have had at least four lathes. In 1860, when she was two, her father bought his first Holtzapffel. According to the register, this was a simple lathe only capable of "plain" turning, but his later purchases of Holtzapffel Nos. 2258 and 2339 were better equipped (although still had common headstocks). A large collection of ivory objects is shown in the family album with the caption “Ivory turned at Croxteth.” The Earl was a founder of the Amateur Mechanical Society, as were the two lathe makers J. J. Holtzapffel II and J. H. Evans, which accounts for the inclusion of one of his pieces in Evans' book, Ornamental Turning, published in 1886.

In 1897, Gertrude began correspondence with Holtzapffel & Co. about the purchase of a lathe for herself, No. 2332, which now resides at Croxteth Hall. In 1905, she married Captain John Halkett Crawford and moved to London. She began to receive awards at the competitions of the Worshipful Company of Turners and, in 1907 was made a freeman of the Company as the wife of Captain Crawford. In 1923. Her work was featured in Rev. G. A. Grace’s book Ornamental Turning Design, with photos of ten items being included. She won the Worshipful Company’s Silver medal and was also given a special gold medal award for “her very numerous and beautifully executed specimens of her skill.”

In 1929, she held a private exhibition at Leighton House where she offered her items for sale, perhaps just to test her work in the marketplace. This was the subject of a full column in the English Mechanic which reported an extraordinary range and quantity of items. That same year she was confirmed as a freeman of the Worshipful Company in her own right. She also was given the freedom of the City of London in honour of her craftsmanship (date unknown). The Gertrude Crawford medal for excellence in Ornamental Turning was created in her honor and is awarded biennially by the Worshipful Company of Turners.

For additional details and photos of her work, see the Society of Ornamental Turners Bulletins #88.