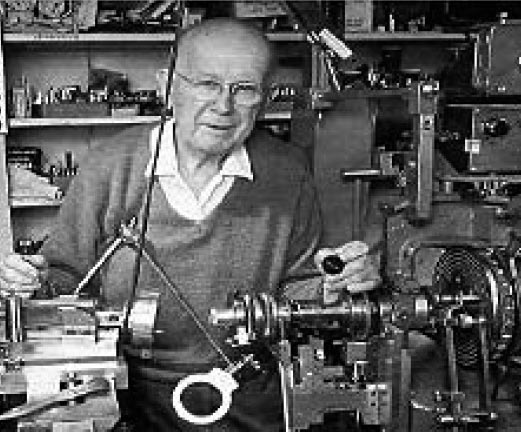 Walter Balliet in his workshop.

Walter Balliet first honed his skills at the Patton Trade School in Elizabethtown, PA, graduating in 1935. From nearby West Collingswood, NJ, he commuted to Philadelphia where he first worked at Westinghouse Electric and then at Bridge Tool and Die Works for 33 years.

Balliet discovered ornamental turning from John Kelsey’s article on ornamental turning in the Fall 1976 issue of Fine Woodworking magazine, which included work by Frank Knox. Based on his tool and die making skills, Balliet told himself, "I can do this" and, with drawings from the Holtzapffel books, he built an ornamental lathe in his basement (complete with rose engine and oval attachments, a geometric chuck and numerous cutting frames). However, since the Holtzapffel book provided no measurements, he later learned from Frank Knox that he had built at three times the original size!

When Balliet visited the Wood Turning Center’s 1987 International Turned Objects Show in Philadelphia, he met Dale Chase which led to a collaboration and friendship that spanned two decades. From 1988 through 2006, Balliet and Chase spoke almost daily and frequently used mail to exchange ideas, designs and tools. When Balliet made Chase a new cutter or tool, Chase sent Balliet a box showing the magnificent results of their collaboration. 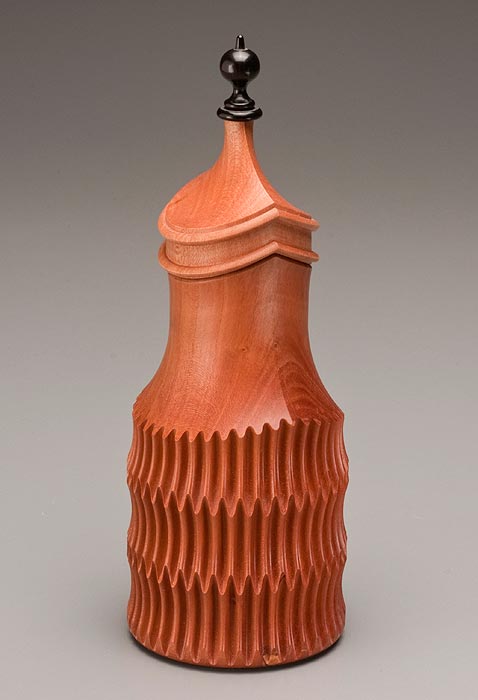 Item #243 by Walter Balliet, 1993. Photo by John Carlano courtesy of The Center for Art in Wood.

In addition to his accomplishments as a toolmaker, he was an accomplished woodturner, having made ornamented boxes, bowls, chalices, plates, jewelry, clocks, salt & pepper shakers and more.

Over his lifetime as a tool and die maker, Balliet shared his ideas and skills with many ornamental turners including Frank Knox, Daniel Brush, and others. Through these collaborations, Balliet amassed a large collection of ornamental turned work, which was donated to The Center for Art in Wood in 2010. The Balliet Collection includes historic pieces by Balliet and Frank Knox and more than eighty OT boxes by Dale Chase.