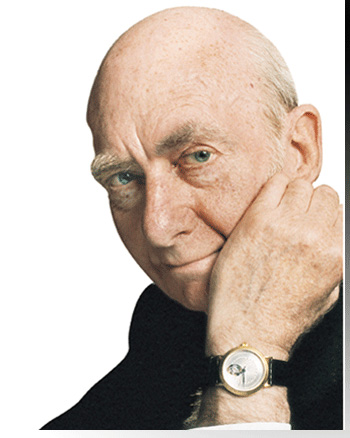 Carl Fabergé had four sons, the youngest being Nicolas who was sent from St. Petersburg to England to represent the family business in 1903. Theo was the only son of Nicolas but, because he was born out of wedlock, was raised by his aunt not knowing the details of his family's heritage. He served in the Royal Air Force and later established a business in making wire turnings for use in aircraft instrumentation.

During the 1960s, he became a proficient turner and developed an interest in decorative objects, eventually joining the Society of Ornamental Turners in the early 1970s. It was around this time that he learned of his ancestry. In 1975, he sold the manufacturing business he had established in order to concentrate on making "objets d’art" and jewelry.

Theo featured his turning skills with a Holtzapffel ornamental lathe (made in 1861) which he restored. He won numerous competitions as a member of the Society of Ornamental Turners as well as the Worshipful Company of Turners. In 1977, an ivory casket he created won him the Crawford Medal, which led to the rare distinction of being elected a Freeman Prizeman of the Turners' Company.

Working in precious metals, enamel, and gemstones, as well as the more usual exotic woods and ivory, he produced various items before finally turning to eggs, which he initially wanted to avoid in deference to his grandfather. In 1985, his work was professionally marketed as the St. Petersburg Collection, which found enthusiastic collectors worldwide.

For a tribute to Theo Fabergé, see the Society of Ornamental Turners Bulletins #117.