Below is an excerpt of a tribute from the Society of Ornamental Turners Bulletin #118: 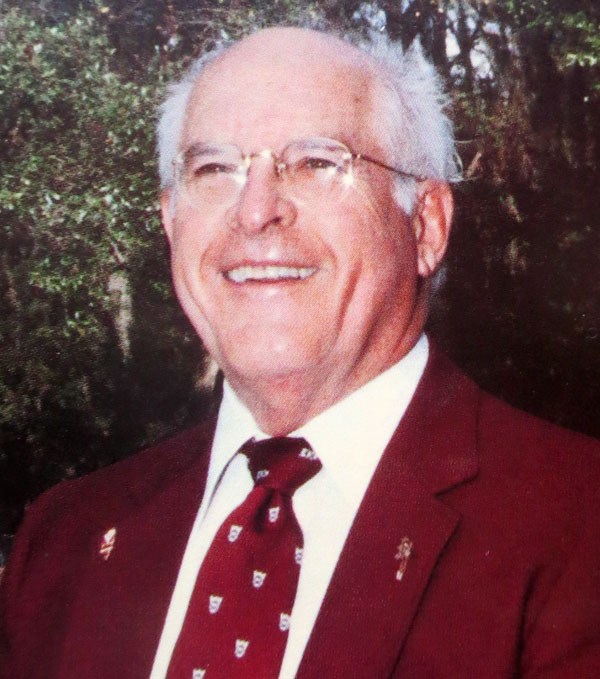 On Friday January 18th, 2008, 'Ted' Crom passed away after a long-term illness at the age of 87. Although born on American Independence Day, in Illinois, he soon became a true Southerner after relocating to Florida, where he met his future wife. Educated at the University of Maryland Columbia, University of New York City, and later at the University of Florida, he eventually became a civil engineering contractor.

After enlisting in the Army and finishing officer trammg; Lt. Crom was stationed in the Aleutian Islands, Alaska during WWII. Returning to Florida after the war, he had a variety of jobs before forming The Cram Corporation with his father and two brothers. Throughout his life, he was interested in and competed in sports; especially wrestling, gymnastics, diving and judo.

In addition to being a nationally recognised Engineer (Fellow Member ofFES, ACI, a member of NSPE and a certified PE in 11 states), earning an honorary Doctorate of Engineering from the University of Maryland, he also made time to work locally with the Boy Scouts and the Boys Club, start the Gainesville Good Cop Award and serve on the Gainesville Long Tenn Goals Committee. Among the many good works he did for the community was the saving from destruction of the historic Alachua County Clock Tower clock and its restoration in the Downtown Clock Tower.

As a worldwide-recognised Horologist, he wrote many books and articles on the subject, particularly focusing on the tools used to manufacture clocks and watches. He was also a Silver Star Fellow of the National Association ofWatch and Clock Collectors, a Fellow of the British Horological Institute, and a Barrett Silver Medal awardee, and was a member of numerous horological associations worldwide.

Ted, during his long and respected membership of the Society, only retiring due to his failing heath, made many generous donations to the Society. Having a great love for ornamental turning he organized a meeting of ornamental turners at the Smithsonian Institute in 1989. It was proposed at this meeting to fonn our sister organisation of the Ornamental Turners of America, which later became the Ornamental Turners International (OTI). As the founding member and President he organized the meetings of the on in Oil City PA, Rochester NY, Kansas City MO, Portsmouth NH, Kennebunkport ME, and at his home in Hawthorne, Florida. He had a passion for collecting watches, clocks, horological tools, early trade catalogues, books and ornamental turning equipment.