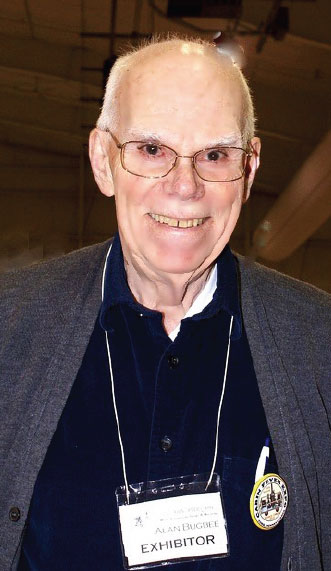 Over the following years Alan served a long term as Treasurer for OTI and he was always a devoted ambassador for OT wherever he went. Besides Ornamental Turners International, he was a member of the New England Model Engineers Society, the International Wood Collectors Society and the Cruiser Sailor's Association. He is known to have collected over 4,000 samples of rare woods from all over the world. His genial nature and contagious enthusiasm won him many friends.