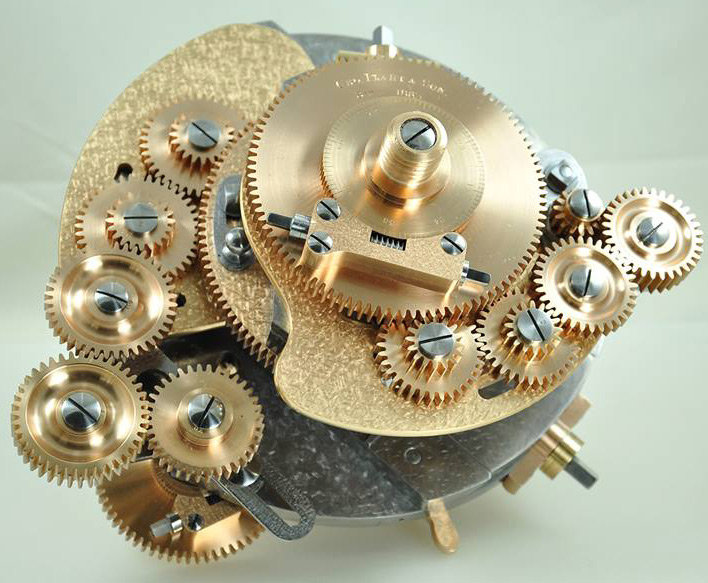 George Plant was firmly rooted in the height of Victorian Era Ornamental Turning. He was especially inspired by William Hartley's geometric chuck and set out to produce one for himself. He went on to create a few geometric chuck designs, making improvements with each iteration.

By 1880, he was advertising all manner of cutting frames, chucks and OT instruments from his location in Birmingham, UK. He is also known to have made rose engine and ornamental turning lathes, a few a which survive today. 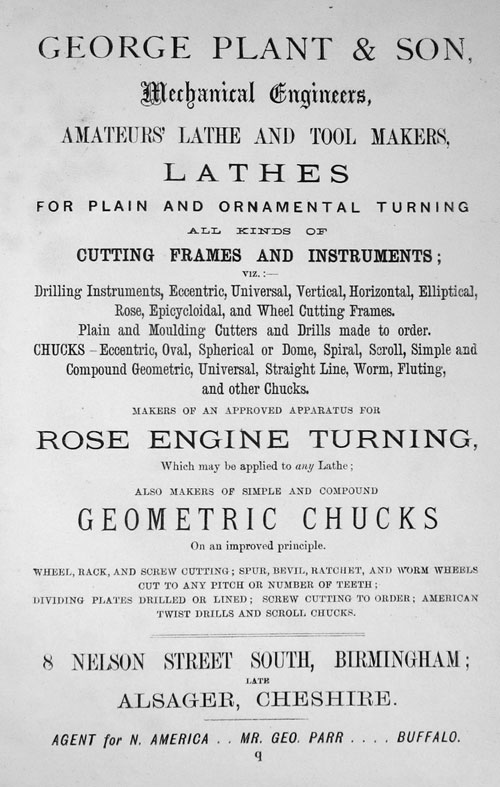 His son Richmond Plant, a highly skilled craftsman, continued the firm into the Machine Age.

Additional details about the Plant Firm can be found in Engine Turning 1680-1980, by Martin Matthews.