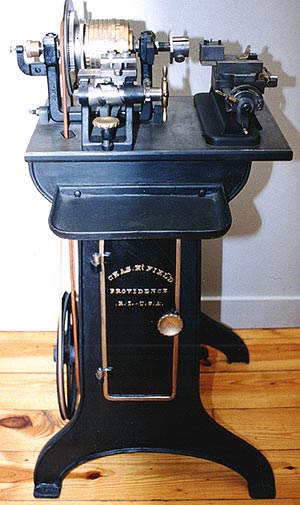 The first patent for a rose engine machine in America was granted to Charles H. Field (1834-1893), who started manufacturing rose engine engraving machines around 1857. Charles was the son of a watchmaker and would eventually own several patents pertaining to watchcase making and engraving machines (1877, 1907, and others).

Field's company, based in Providence Rhode Island, was perhaps the first firm in America to specialize in manufacturing engine turning machines. In addition to rotary machines, brocading machines, and a variety of work-holding chucks, they also produced machinery for other trades. 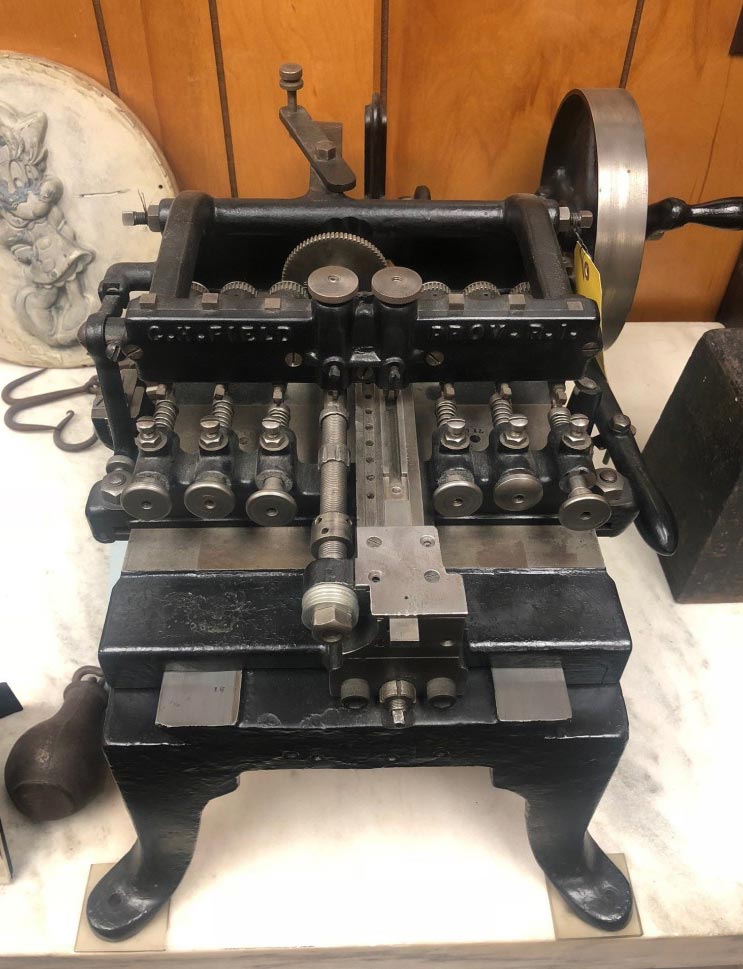 Field automatic engraving machine, circa 1900. Originally utilized at Tiffany & Co., it is capable of engraving six pieces simultaneously at twenty-five revolutions per minute.

As the popularity of cuff links, lockets, pens, and pen knives grew tremendously during the late 19th century and early 20th century, so did Field's company. During this time they produced more than 150 rose engine lathes for the jewelry trade in Rhode Island. Some of those machines were built to engrave pen barrels for the ever-popular Cross Pens.

Charles died in 1893 at age 59, at which point his son Charles Field Jr. took over the business. In 1922, he filed a patent for a machine that could engrave multiple pens simultaneously. Charles Jr. ran the business until it closed.