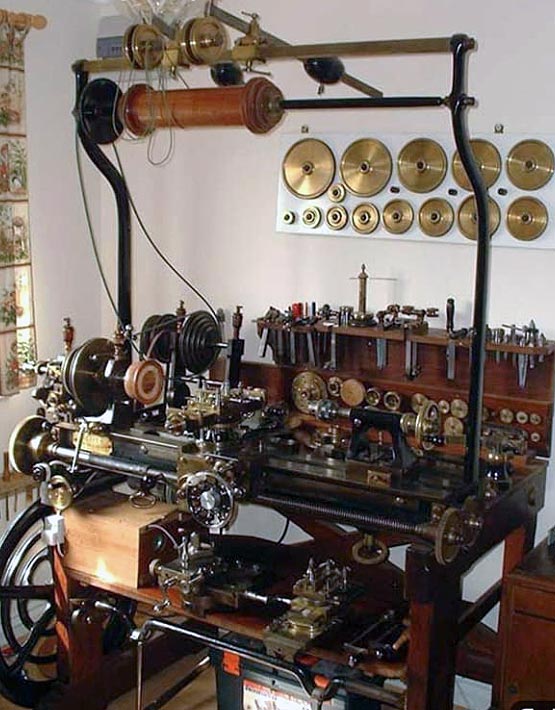 William Goyen is thought to have been of Cornish origen, perhaps residing in Cornwall, UK prior to working in South America as a mining engineer. Upon his return to the UK around 1870, he lived in Newton Abbot, Devon, where he began to manufacture high-class, expensive ornamental lathes. Over the next 20 years, from age 56 to 76, he single-handedly produced some of the finest ornamental lathes ever made. Twelve lathes bearing his name are known to survive.

There are no two Goyen lathes the same, however they all bear a very high quality of construction and fine finish. One such lathe was purchased in 1873 by Mr Singer of sewing-machine fame who moved to England from America and bought a large estate in Devon. Since Goyen lathes follow the standard arrangment and sizing of the era, they are often found equipped with chucks and accessories made by other makers and third-party suppliers.

The Society of Ornamental Turners Bulletins Nos. 67, 68 and 69 offers an extended and detailed article by Roger Davis who travelled extensively through the UK and America inspecting and cataloging Goyen lathes.