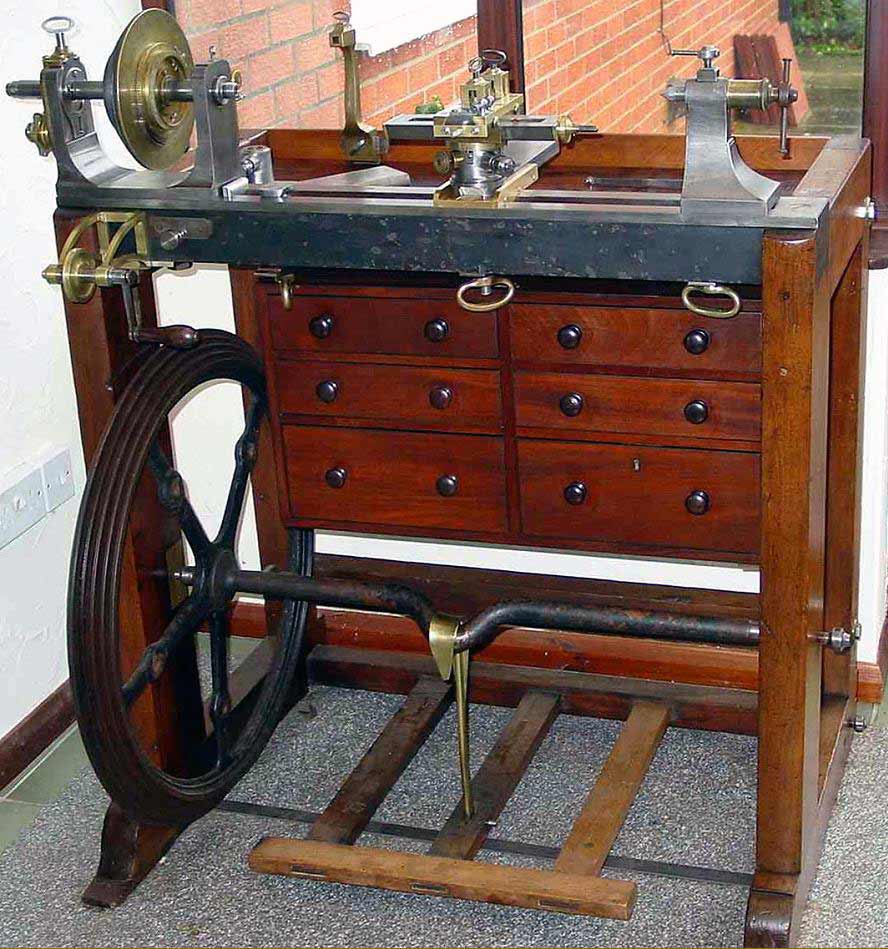 John Muckle was born in Liverpool, Lancashire in 1784. Little is known of his early days, but given his work of such high quality, he likely trained with a London-based maker. He married in 1804 and remained in London at Monkwell Street until he died in 1854. After his death, his son James carried the business until he died in 1857.

Muckle was a well-regarded machinist and engineer who produced both ornamental turning and rose engine lathes, in addition to other contract work. At least four of his lathes are known to exist, as well as a number of epicycloidal chucks. The Muckle lathe design incorporated the novel ability to convert to a rocking headstock for rose-engine work. It used a single rosette carrier with detachable rosettes. However, changing the rosette was a bit cumbersome as it required removal of the mandrel. The design likely pre-dates John Bower's similar but improved version. Other similarities between Muckle and Bower lathes suggest that Bower may have worked for Muckle at one time. 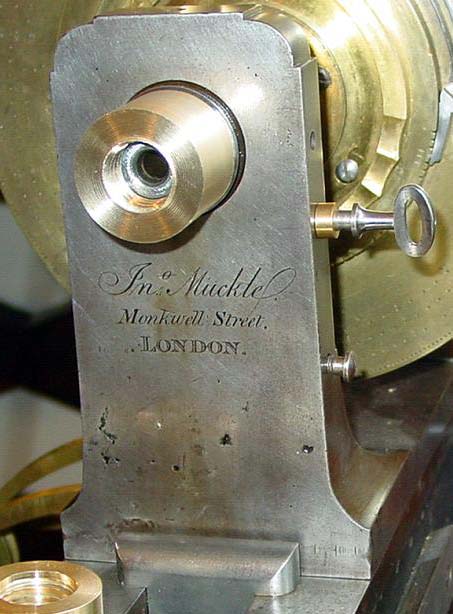 Part of Muckle's lathe design is illustrated as an example of a single-standard overhead drive system in Holtzapffel's book (Vol. V, Fig. 83). It is also described in the 1816 book The Turners' Manual by P. Hamelin-Bergeron. A Muckle lathe is currently in the public collection of the Canadian National Museum in Ottowa. It is also pictured in Part 1 of John Edwards' Holtzapffel Volume VI publication. Another Muckle lathe is in the collection of the Society of Ornamental Turners. A detailed history of John Muckle by Peter Johnson appears in SOT Bulletin #132.