W. Henry Northcott was a student at the Marlborough House Grammar School, the same one James Lukin had attended. There, Rev. Thomas Meyler instructed Northcott in ornamental turning with Holtzapffel lathe No. 1417 (which Meyler had purchased in 1830). After graduating, Northcott apprenticed with J. Bellamy & Co., engineers of Chard, Somerset. 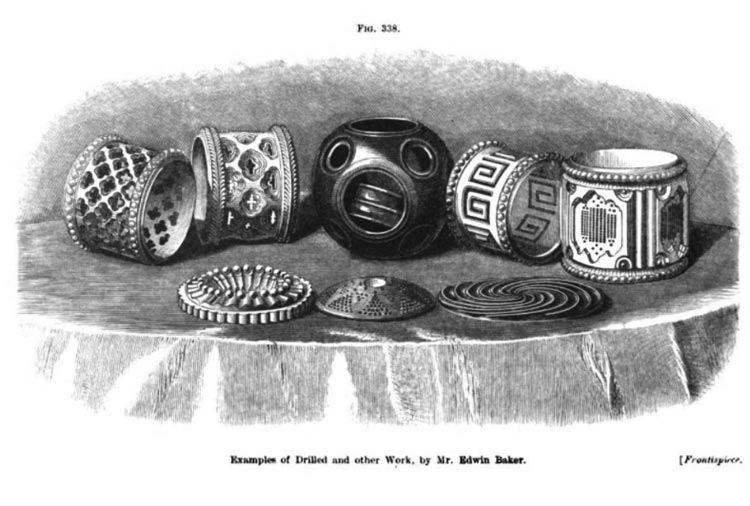 An illustration from Northcott's popular book, A Treatise on Lathes and Turning, 1868

After completing his apprenticeship, Northcott established a business relationship with John Bourne, whose books on engineering were well known standards in the field. During this time, Northcott wrote his most popular book, A Treatise on Lathes and Turning, Simple Mechanical and Ornamental (1868), which remained in demand as a reference work for a hundred years. The Turners' Company in England recognized the value of the book when it was published and as a sign of appreciation gave him the "Freedom of the Company" award.

In 1873, Northcott established General Engine and Boiler Company, which later became the Hatcham Iron Works, at New Cross, Deptford, Kent. During this time he focussed on engineering topics and published The Theory and Action of the Steam Engine in 1882.

Later, Northcott continued to write books on turning. Geometric Turning Simplified, published in 1889, detailed the geometric chuck and outlined the 39 rules formulated by Henry Perigal for the use of the chuck. Lathes, Apparatus, and Work was also published in 1889.

Northcott was a valued correspondent of the "English Mechanic" publication and was likely the first writer to advocate the use of diamond tools for ornamental turning. He also wrote a series of articles on the lathe that appeared in "The Technical Educator: An Encyclopaedia of Technical Education" by Cassell, Petter, and Galpin, London, 1872.