Antony's father, William Gibbs (1790-1875), was a businessman and religious philanthropist who made his fortune importing guano used to make fertilizer. By the 1850's his wealth allowed him to purchase an enormous country estate near Bristol, which he named Tyntesfield. 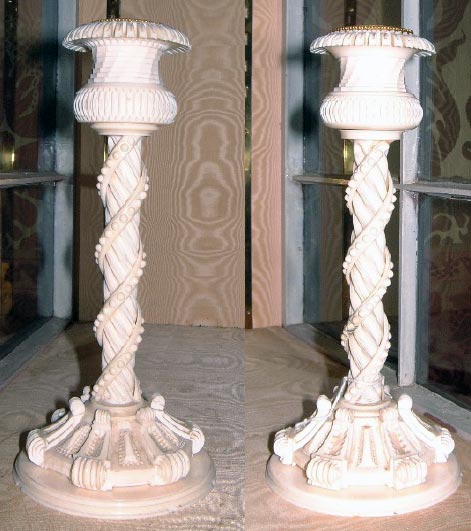 Antony took up the hobby of ornamental turning and in 1872 purchased Holtzapffel lathe No. 1890 along with a complete set of accessories. (The lathe had been returned to Holtzapffel & Co. on two occasions by each of the previous owners, and each time was overhauled and resold.) The outfit is one of the most comprehensive collections surviving today, including a full complement of chucks, cutting frames, counting index, compensating index, spiral apparatus, and Evans spiral-spherical sliderest, to highlight just a few. It also has a rare screw-mandrel headstock with internal planetary gears allowing a 1:4 speed reduction. Additionally, there is a unique and beautiful treadle grinding and lapping machine.

Antony was a fine ornamental turner with several pieces of his work remaining among the collections at Tyntesfield, including ivory candlesticks, tazzas, a pomander and others.

Upon Antony's death, the collection passed to his son, Antony Hubert Gibbs and was later sold at an auction of the Gibbs' estate. After two additional owners, it was rescued in 2014 by John Edwards, who cleaned and restored it. In 2017 it was returned to its former home at Tyntesfield where it is now accessible for public viewing.

John Edwards wrote an article "The Tyntesfield Lathe" with further details, numerous photos and a complete inventory, which can be viewed from his website. An abbreviated version was also published in SOT Bulletin #136.